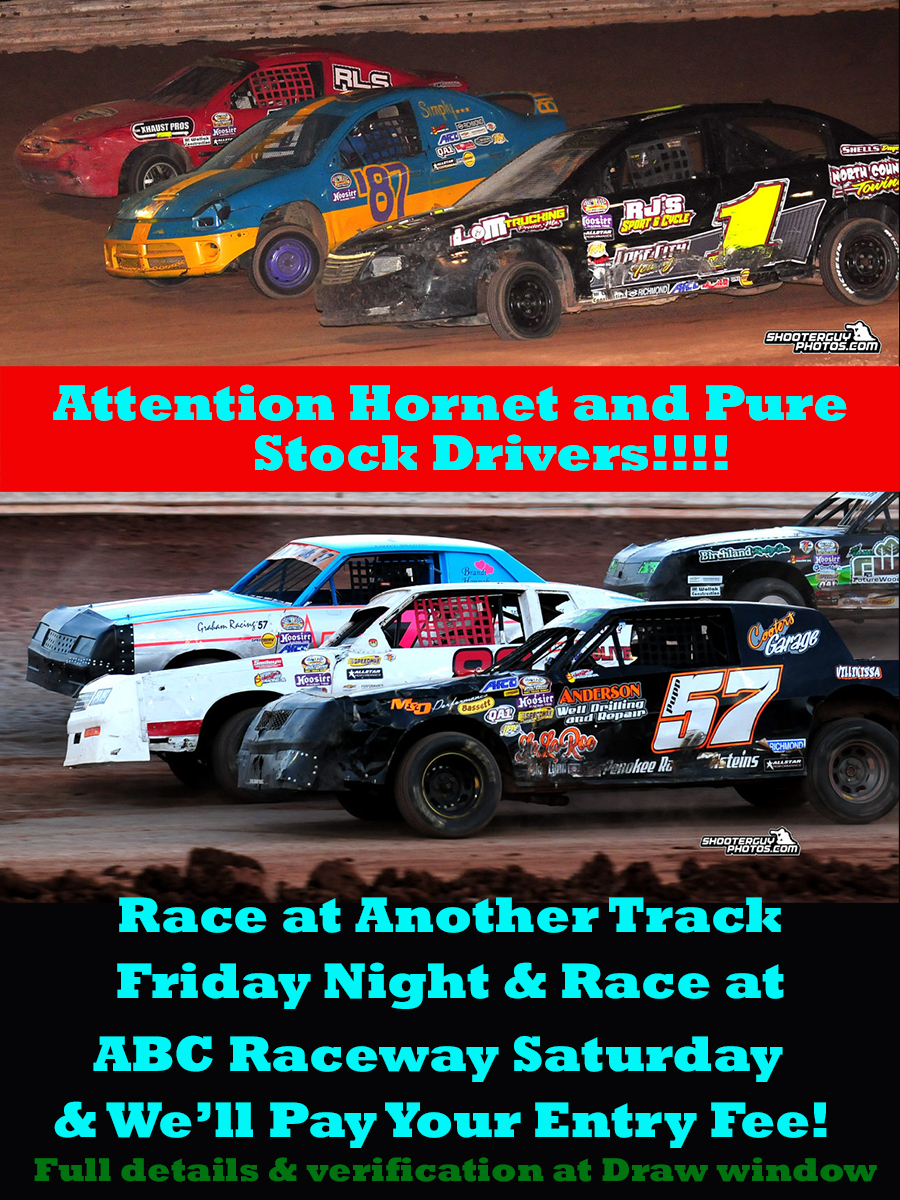 Ashland, WI, May 16 – The ABC Raceway is looking for ways to encourage area racers in its entry-level classes to compete on the historic northern Wisconsin red-clay oval in 2021.

One such idea will be implemented with the track’s 57th Season Opener presented by Northern State Bank on May 22. Beginning that night, and for at least the first few weeks of the 2021 season, the ABC Raceway will refund driver admission fees to any Pure Stock and Hornet drivers that compete at another track on the Friday immediately before an ABC Raceway Saturday program.

The refunds will be included in each qualifying driver’s purse check at the conclusion of the ABC Raceway’s event.

“We are keeping a close eye on car counts in the entry-level divisions at ABC and our neighboring tracks,” stated Raceway president Eric Erickson recently. “We want to offer drivers in the Pure Stock and Hornet classes a chance to compete as often as possible without straining their budgets.

“We hope that drivers in these two divisions take advantage of this opportunity. They can race on Friday at places like Superior, Menomonie and Unity, then come to Ashland on Saturday and compete and save a few dollars as a result.”

The ABC Raceway hopes that this move will have several different effects – helping drivers race more while minimizing strain on their budgets; helping other area facilities attract more racers and fans; and building car counts in these two divisions at Ashland.

“We pay a great purse for both divisions,” explained Erickson further. “Hopefully drivers will see this combination of our purse and the driver fee refund and consider coming to ABC on Saturday nights – and bring their families and fans, too.”

The only conditions of the offer are that drivers must have competed on the previous night and that their participation can be confirmed (using MyRacePass or other reliable resource), and that their cars conform to all current WISSOTA rules while competing at ABC in their respective divisions.

The Raceway will monitor car and fan counts during the early weeks of the 2021 season to determine how long to continue the driver fee refund plan for the Pure Stocks and Hornets.

The ABC Raceway will begin its 2021 stock car racing season on Saturday, May 22, with its 57th Season Opener presented by Northern State Bank. The track’s complete 2021 slate of events is currently available on its website, www.abcraceway.com, and also via its FaceBook page.